A summary of the features of 11 kinds of plastic films in packaging bags!

A summary of the features of 11 kinds of plastic films in packaging bags! 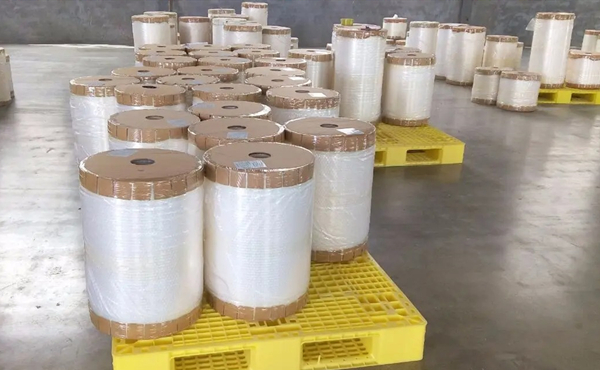 As a printing material, plastic film is used as a packaging bag after printing. It is light and transparent, moisture-proof and anti-oxidant, air-tight, tough and durable, smooth surface, can protect the product, and can reproduce the shape and color of the product. advantage. With the development of petrochemical industry, more and more varieties of plastic film, commonly used plastic film polyethylene (PE), polyvinyl chloride (PVC), polystyrene (PS), polyester film (PET), polypropylene (PP), nylon (PA) and so on. In addition, there are many other types of plastic film. Shunxingyuan Packaging, a professional flexible packaging manufacturer, believes that it is necessary to understand the characteristics of plastic films before customizing packaging bags. ,For reference.

PVC film and PET have similar advantages. They are both, airtight, acid and alkali resistance characteristics, many early food packaging bags are made of PVC packaging bags. However, PVC is not suitable for filling food-grade substances because the manufacturing process may release carcinogens due to incomplete polymerization of some monomers. Most of them have been changed to PET bags, marked with material symbol no.3.

PS film water absorption is low, but its size stability is good, can be shot die, press die, extrusion, hot forming processing. Generally, it is divided into two categories: foamed and unfoamed according to whether it has undergone the foaming process. Unfoamed PS is mainly used in building materials, toys, stationery, etc. It can also be commonly made into containers filled with fermented dairy products (such as Yakult, Jianmei, Duoduo and other dairy products or lactic acid products), etc. In recent years, it has also been widely used to make disposable Cutlery, marked with material symbol No. 6.

Ordinary PP film is formed by blow molding, which has a simple process and low cost, but slightly lower than CPP and BOPP optical properties. The biggest feature of PP is high temperature resistance (about -20℃~120℃), and melting point up to 167℃, suitable for filling soybean milk, rice milk and other products that need steam sterilization.  Its hardness is higher than PE, and it is used to manufacture container caps. The material symbol is No. 5.  Identification method: generally speaking, PP hardness is higher, and the surface is more shiny, burning does not produce pungent smell, and PE has a heavy candle smell.

Polyester film (PET) is a thermoplastic engineering plastic.  Thin film material made of thick sheet by extrusion and bidirectional stretching.  Polyester film is characterized by excellent mechanical properties, high rigidity, hardness and toughness, puncture resistance, friction resistance, high and low temperature resistance, chemical resistance, oil resistance, gas tightness and good aroma retention, is commonly used as one of the resistance of composite film base material, but the corona resistance is poor, the price is higher.  The thickness of the film is generally 0.12mm, which is often used as the outer material of the food packaging bag. The material symbol marked in plastic products is No. 1.

Nylon plastic film (polyamide PA) is currently the industrial production of many varieties, which are used to produce the main varieties of film nylon 6, nylon 12, nylon 66 and so on.  Nylon film is a very tough film, good transparency, and a good gloss. Tensile strength, tensile strength, high and low temperature resistance, oil resistance, organic solvent resistance, wear resistance and puncture resistance are very good, and the film is relatively soft, excellent resistance to oxygen, but the resistance to water vapor is poor, moisture absorption, moisture permeability is large, heat sealing is poor.  It is suitable for packing hard goods, such as greasy food, fried food, vacuum packed food, retort food, etc.

HDPE membrane is called geomembrane or impermeable membrane.  Its melting point is about 110℃-130℃, and its relative density is 0.918-0.965kg/cm3. Is a high degree of crystallinity, non-polar thermoplastic resin, the original HDPE appearance is milky white, in the thin section is a certain degree of translucent shape. Has good high and low temperature resistance and impact resistance, even at -40F low temperature.  Its chemical stability, rigidity, toughness, mechanical strength, tear strength performance are excellent, and with the rise of density, mechanical properties, barrier properties, tensile strength and heat resistance will be improved accordingly, acid, alkali, organic solvents and other corrosion. Identification method: Mostly opaque, waxy to the touch, rustling when rubbed or rubbed.

Bidirectional stretched polypropylene film (BOPP) is a transparent flexible packaging bag material developed in the 1960s. It uses a special production line to mix polypropylene raw materials and functional additives, melt and mix them, make them into sheets, and then make them into films by stretching. This film not only has the advantages of low density, corrosion resistance and good heat resistance of PP resin, but also has good optical properties, high mechanical strength, rich source of raw materials, excellent printing performance, and can be compounded with paper, PET and other substrates. With high definition and gloss, excellent ink absorption and coating adhesion, high tensile strength, excellent grease barrier performance, low static properties, etc.

Metalized film has the properties of both plastic film and metal. The role of aluminum plating on the surface of the film is to block light and prevent ultraviolet radiation, which not only extends the shelf life of the contents, but also improves the brightness of the film, replacing aluminum foil to a certain extent, but also has cheap, beautiful and good barrier performance. Therefore, metalized film is widely used in composite packaging, mainly used in biscuits and other dry, puffed food packaging, medicine and cosmetics packaging.

Welcome to contact Kolysen for more details of food packaging films! We are your best choice.