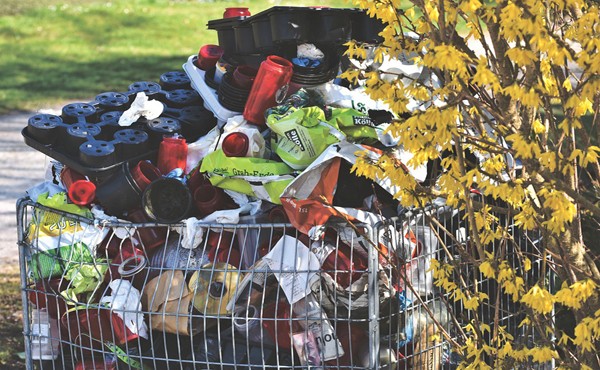 Recently, researchers at the University of California, Santa Barbara used a simple low-temperature catalytic method to convert plastics such as polyethylene into high-value alkyl aromatic molecules, opening up new ways for the recycling of plastic waste.

According to the researchers: "Plastics such as polyethylene are composed of carbon-carbon and carbon-hydrogen bonds, which are difficult to chemically recycle. Although scientists have carried out a lot of research on the sustainable use of plastics, energy costs have always been a stumbling block ". In order to better turn polyethylene in plastics into valuables, researchers have proposed a new tandem catalytic method, which can not only directly convert polyethylene in waste plastics into high-value alkyl aromatic molecules, but also Efficient, low-cost, and low-energy consumption.

The researchers explained that conventional methods require 500°C to 1000°C to break down polyolefin chains into small pieces, and then allow them to recombine into a product made of a mixture of gas, liquid, and coke. The optimal temperature for the new catalytic process is around 300°C, and the reaction conditions are relatively mild, which helps decompose the polymer into a variety of macromolecules. Moreover, the new process does not undergo multiple conversions, and the process is simple.

In addition, the new method does not require the addition of solvent or hydrogen, and only requires platinum on the alumina catalyst to carry out the tandem reaction. This reaction not only breaks the tough carbon-carbon bond, but also rearranges the molecular skeleton of the polymer to form a high Valuable alkyl aromatic molecules, these molecules can be used to make solvents, paints, lubricants, detergents, drugs, etc. The researchers plan to further improve the efficiency of this process.